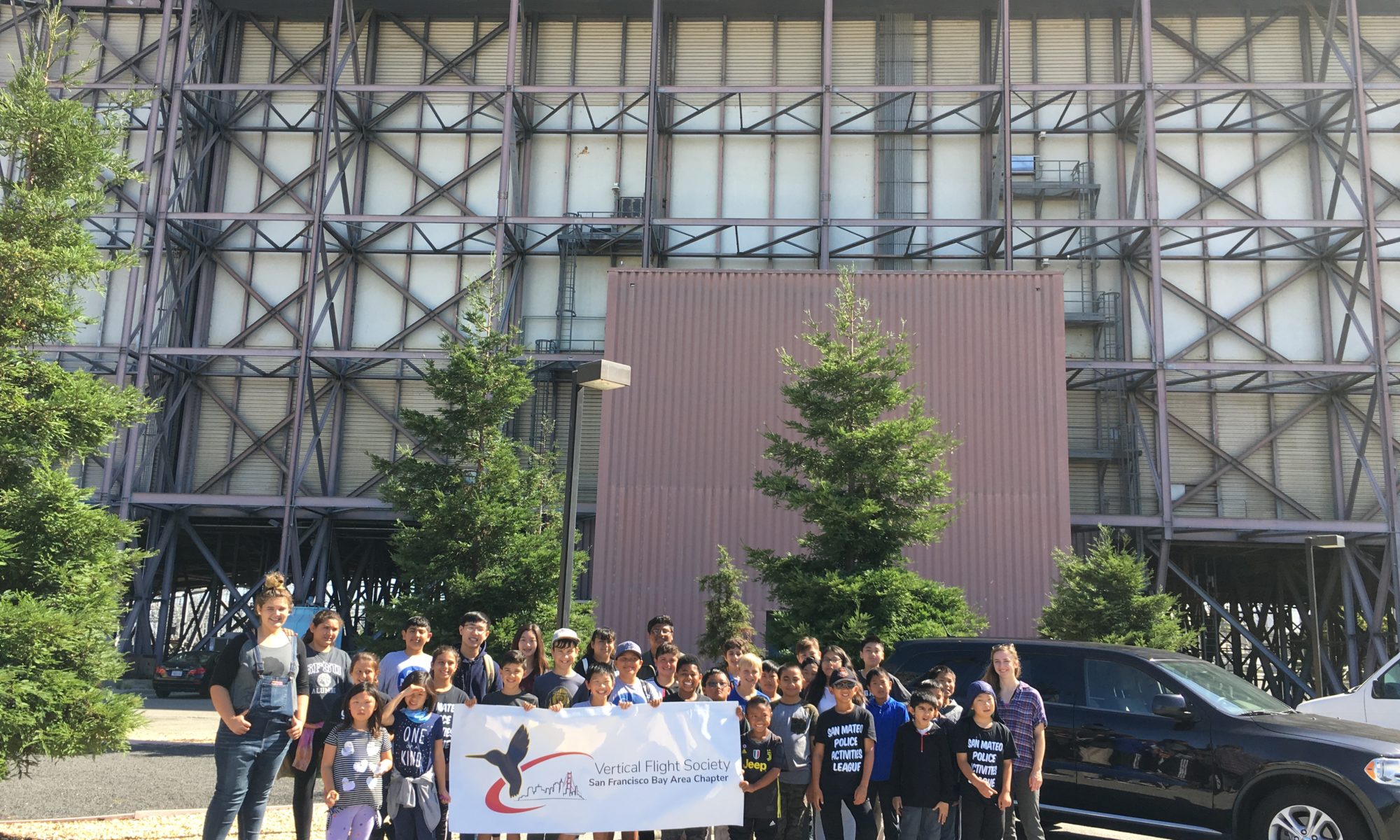 The San Mateo County Police Activities League visited NASA Ames Research Center on Monday, August 12, 2019. This visit was hosted by the San Francisco Bay Area Chapter Vertical Flight Society. The group 20+ young students arrived at Ames in the morning and visited the 80- by 120-Foot Wind Tunnel. They were then greeted with donuts and SunnyD at Arnold Park before heading over to the Roverscape. The Roverscape is where engineers can test drive potential mars rovers. The group then got to tour the Fluid Mechanics Lab, where they saw some of the smaller wind tunnels. Next was Future Flight Central, followed by the Titan Rocket Display and the Space Shuttle Model. The group of young students asked several intriguing questions and were an absolute joy to host.

Become a member or renew your membership